Threatens to make you faint.

Your muscles strain under the weight,

Your exercise in despair

The world is dense with dejection,

A mass of misery.

It cannot be borne by

One back, one mind, one heart.

At least, not yours.

The world was carried once

A cross of human corruption,

And nails of human suffering

Held him there until he died,

His bloodied back, his tortured mind, his lonely heart

Buried with global brokenness upon him.

Eternally entombed behind him,

He won through resurrection

The recreation of the Creator’s vision,

To carry the world to restoration.

Sin is not your burden to bear. 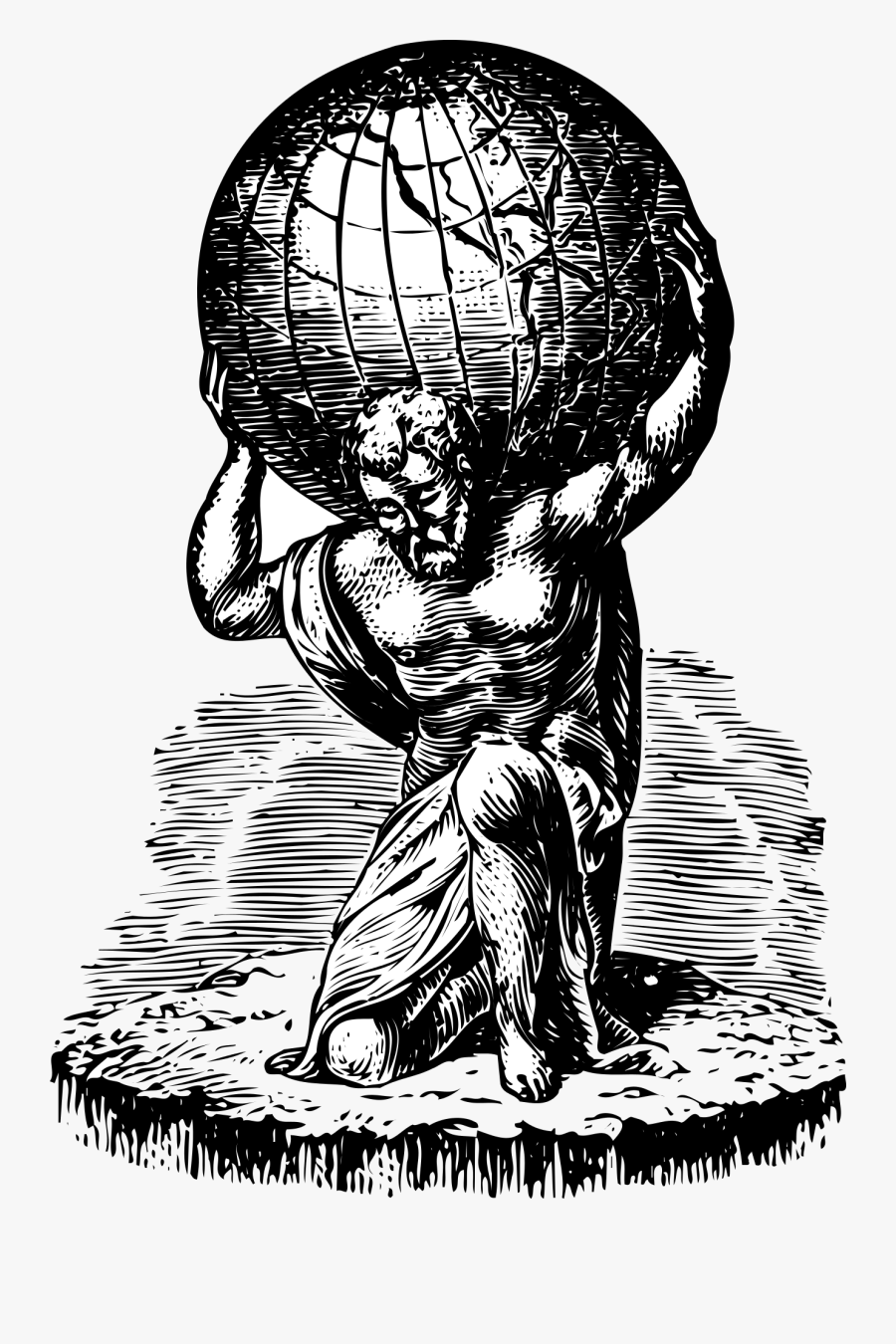 In Greek mythology, the Titan Atlas was punished for starting an insurrection against the gods of Olympus by being forced to bear the heavens on his back for all eternity. He literally had to carry the weight of the world on his shoulders! It was a task big enough to destroy even a Titan.

Sometimes, I also find myself shouldering the world, trying to be Atlas in a way (as if that were possible!). I end up harboring deep sadness and discouragement when I see so much suffering, so much dysfunction, and so much distress in every direction I look. The needs of the world are enormous, and it feels like I must comprehend it all and feel it all so that I can respond to all of it. The problem is, I am not built to carry every burden in the world. None of us is.

I think it is easy for us in the information age to experience this feeling, since we are exposed to so much of the evil and injustice in the world on a daily basis. On the internet I often see other people taking up every cause they encounter every time a new story passes through their feed. Maybe you’ve seen them too. These are people who are mad at something new every single day, people who are hopeless that anything will ever change, people who think they have to speak up in every argument they encounter, people who constantly grieve the loss of things that were never theirs in the first place. They want to fix every issue, redesign the course of history, or (if their shoulders are tired) give up everything. And I think these people, if they are like me, live this way because they know deep down that they are guilty of adding to the misery that they see everywhere, and they believe their punishment is now to carry all of it themselves.

Christ, however, already took on the weight of all the pain and sin and destruction that humanity has caused on the earth. He was the only one strong enough to face all of it. And when he did, it cost him his life. But he caused the powers of sin, shame, injustice, and evil to self-destruct at the same time that he sacrificed himself. Now the trajectory of the whole world is moving toward healing. Many, many problems still remain, but fortunately, none of us has to take them all on ourselves. In the power of the gospel, we can address the world’s issues with God’s guidance without being overtaken by how gargantuan they are.

Maybe you need a reminder today that you occupy only one little corner of the world, and that corner is your main responsibility. If you can be a part of a solution just in your family, your workplace, your church, or your team, that is probably the only burden you need to carry today. If you want to see wider change than that, be patient and recognize that it will take a lot more than just your solitary effort. And remember that when your own burdens feel too great for one person, Christ is there too, to carry you.